Home to the Marygrove Awning headquarters, just outside of Detroit, Livonia city is part of Wayne County and is one of the largest municipalities in the State. Marygrove has been headquartered in the Detroit area since its inception in 1933, that’s over 80 years ago.

Driving around the Detroit area you have probably seen a Marygrove Awning every day without knowing.

Marygrove Awnings works with commercial and business establishments in the Livonia and greater Detroit region in addition to the rest of Michigan. This does not include the countless residential awnings we have installed over the years.

Marygrove does more than just fixed and retractable awnings, we create louvered roof systems as well.

Cities/Towns in Mighigan That We Serve

Marygrove Awnings In the Press

“Everything was handled very professional from initial contact to final installation. This is our second awning and we look forward to using it for many years ahead.”
Janice Endress 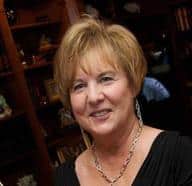 “I’m very excited with my new awning… it has added so much more comfort to the west side of my home during the heated summer sun.. but then we just sit outdoors and enjoy the summer even more.”
Linda Shovak

Get a FREE In-Home Quote

Your estimate is only a few steps away.  Fill out the form below and we will call you promptly to set up an appointment.

Check out Toledo Tarp for all of your trucking needs.
Visit ToledoTarp.com